The History of Texas Exotic Hunts

Texas has become the preferred destination for whitetail and exotic hunts. With a large number of trophy and exotic deer in the state, hunters are grabbing their guns and heading to the field. While hunters have to wait until the fall to shoot a trophy whitetail deer, they can enjoy the thrill of an exotic hunt year round.

The word “exotic” refers to animals that are nonindigenous or non-native and have been introduced to Texas ranches and properties by their land-owners. Exotic animals are typically medium to large sized such as the addax, American bison, Corsican sheep, elk and the wildebeest.

The first release of exotics in Texas occurred over 80 years ago near 1930 with the release of Nilgai antelope. The released exotic antelope were very popular among hunters and quickly gained attraction from tourists. The release of the Nilgai antelope started the phenomenon of releasing exotics on Texas soil. Hunters alike enjoyed the thrill of an exotic hunt because it was no longer necessary for them to travel to far off lands to hunt exotic game. Every year more and more exotics found their way onto Texas land. According to the Texas Parks & Wildlife Department, by the year 1988 there were over 160,000 exotic game animals, and 67 various species, in the Lone Star State. The most popular exotic available in the state of Texas remains the Axis deer.

To this day a majority of the exotics in Texas are located in the South Texas, known as the Texas Hill Country region. Texas is one of the most booming exotic animal states due to its climate. The semi-arid climate that is prevalent for a majority of the year is very reminiscent of the weather in Africa. With so Many hunters making their way out to ranches for an exotic hunt year-round, Ranches have found a valuable source for year-round income. In the United States, the number of species brought to the U.S. has grown so much that they have surpassed the population found on their native lands.

The exotic animals in Texas have traveled from every corner of the world including Africa, Asia, New Zealand and India and have been handled by professionals. Individuals who are looking to bring exotic animals into the state of Texas must meet several animal import regulations and restrictions that are administered by the federal and state agencies. Each state has a different set of regulations. The regulations set in place for exotic transports is to minimize and prevent the spreading of disease from unhealthy animals. 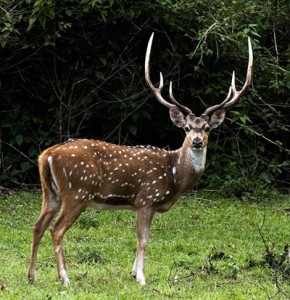